GCSEs: StudyTube revision videos got me through exams

But if you've done your GCSEs recently, you've probably done exactly that on StudyTube.

It's a "weird little niche of YouTube where you have students helping other students," according to StudyTuber Ruby Granger.

Ruby makes "study with me" videos, some of the most popular ones among her subscribers.

These are often real-time videos of someone studying on camera, with the idea that viewers study along at the same time.

They're made to help her audience, but Ruby says she benefits too.

"Having a camera on you the whole time that you're studying means that you can't check your phone, you can't get distracted," she says.

"Sometimes I'll film myself studying and I won't even use the clips in the final video. It's really motivating." 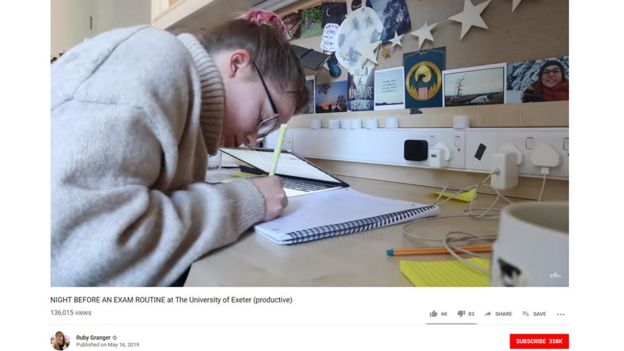 Jordan did his GCSEs two years ago, and watched Ruby's videos, among others.

"It really helped me with motivation. I'd see them putting all the work in and follow their journey right up to results day where it all paid off.

He's now heading off to Cambridge University to study Psychological and Behavioural Science, after finishing his A-levels.

"If I could say one thing to the StudyTubers right now, I'd just say a big thank you. 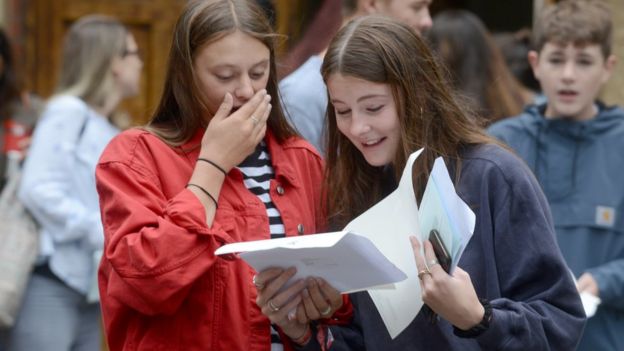 StudyTubers often make videos of them opening their results too

Ruby calls StudyTube a niche, but it's a growing niche.

Revision content creators were given their own panel at YouTube convention Summer In The City in London for the first time this year.

"I think it's a niche that will continue. Students will always be able to relate to students on a really intrinsic level, whether you're a viewer or a creator.

"StudyTube is a really unique community where everyone knows everyone, it doesn't matter how big your channel is or if you have one." 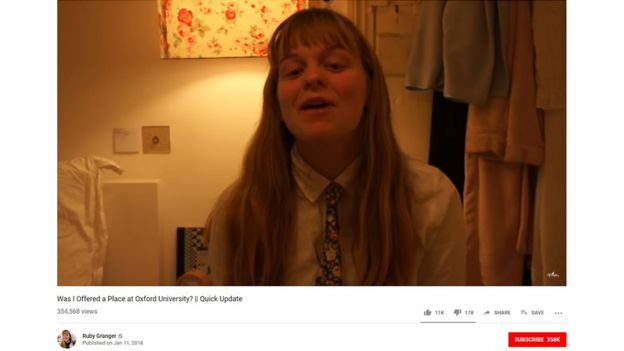 Ruby says it's important to her to show the downs, as well as the ups of her academic journey.

"When I got rejected from Oxford, that evening I uploaded a video explaining... I think we have a duty to share that.

"Everyone fails, but your worth isn't affected by that."

What are you going to do after your GCSEs?

Get some advice from the BBC's chatbot.

Android's next version will not be Dessert
Previous Item
NEXT