What is GDP and why does it matter?

The UK's GDP fell by 0.2% between April and June this year, its worst performance since 2012, according to the Office for National Statistics (ONS).

But what exactly is GDP, and how is it measured in the UK?

Gross domestic product (GDP) is the sum (measured in pounds) of the value of goods and services produced in the economy.

But the measurement most people focus on is the percentage change - the growth of the country's economy over a period of time, typically a quarter (three months) or a year. It's been used since the 1940s.

The most important percentage change is given in real terms - it strips out the effect of rising prices or inflation.

If the GDP measure is up on the previous three months, the economy is growing. That generally means more wealth and more new jobs.

If it is negative, the economy is shrinking. And two consecutive three-month periods of shrinking meets the most widely accepted definition of a recession.

How is it measured?

GDP can be measured in three ways:

In the UK, the ONS publishes one single measure of GDP, which is calculated using all three ways of measuring. But early estimates - such as Friday's figures - mainly use the output measure.

It collects data from thousands of UK companies to use in its calculations.

What is it used for?

It's the main way of determining the health of the UK economy.

The Bank of England uses it as one of the key indicators in setting interest rates.

So, for example, if prices are rising too fast, the bank could increase interest rates to try to control them. But it might hold off if GDP growth is slow. 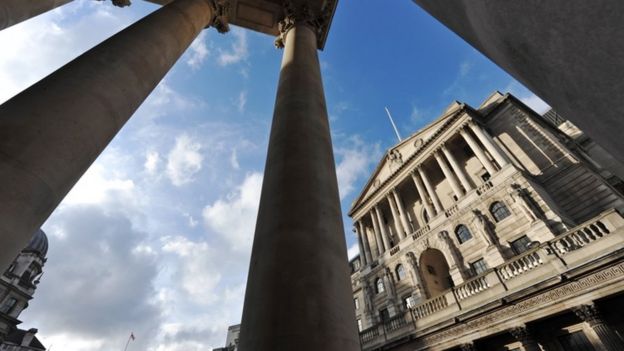 The Bank of England recently cut the UK's growth forecast

The Treasury uses GDP when planning economic policy. When an economy is shrinking, the amount the government gets from taxes tends to fall and the government adjusts its tax and spending plans accordingly.

UK GDP is also used internationally by financial bodies such as the World Bank and the International Monetary Fund to compare growth between different countries.

Why is it often changed later?

The UK produces one of the earliest estimates of GDP of the major economies, about 40 days after the quarter in question.

This provides the government with an early estimate of the real growth in economic activity. It is quick but mainly based on the output measure.

At that stage, only about 60% of the data is available, so this figure is revised as more information comes in.

What are its limitations?

Plus, GDP is only one way to think about a country's development.

Just because GDP is increasing, it doesn't mean that a citizen's standard of living is improving. For example, in times of war, GDP will often increase because more money is being spent. 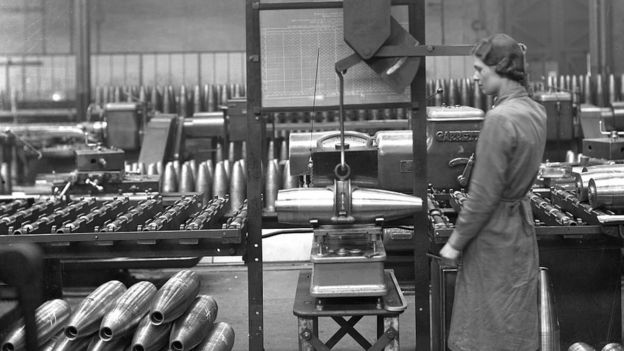 Shortly after World War Two, UK government debt peaked, at about 270% of GDP

In 2010, the ONS started measuring wellbeing alongside economic growth. It looks at health, relationships, education and skills, as well as personal finances and the environment.

Bank boosts revenues by 1.6 per cent

4 out of 5 jobs affected globally

Accountablity is a collective responsibility
Previous Item
NEXT