A new report published by the African Union Commission and the African Development Bank has ranked Ghana the fifth most visa-open country on the African continent.

According to the 2019 Africa Visa Openness Index, African travellers from 18 countries require no visas to visit Ghana while nationals of some 34 African countries can be issued with a visa on arrival in the country.

The report also found that only nationals from one Africa country require a visa to visit Ghana.

The report credits Ghana's rise with the government’s publicized commitment to allow Africans liberal access to the country in 2016.

"Ghana continues to champion regional integration efforts. In May 2018, the country ratified the African Continental Free Trade Area (AfCFTA), having also signed up to the Single African Air Transport Market and the Free Movement of Persons Protocol," the report said.

"Ghana was also selected to host the Secretariat for the African Continental Free Trade Area in 2019. At the same time, in line with the developments of the AfCFTA, the country’s World Bank Group’s Doing Business Index score rose in 2019, with reforms making it easier to trade across borders, as well as dealing with construction permits".

This fourth edition of the Index shows that 47 countries improved or maintained their visa openness scores in 2019.

African visitors no longer need a visa to travel to a quarter of other African countries, whereas visa-free travel was only possible to a fifth of the continent in 2016. Currently, 21 African countries also offer eVisas to make travel more accessible, up from 16 in 2018, 13 in 2017, and 9 in 2016). 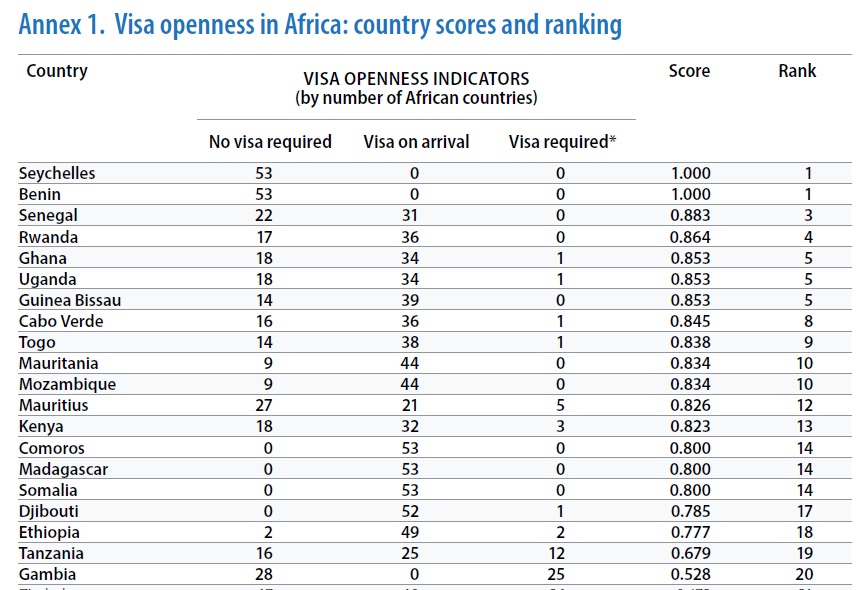 The Index shows that Seychelles and Benin remain the top two countries on visa openness in Africa, with their visa-free policy for all African visitors.

Senegal and Rwanda placed third and fourth respectively on the ranking.

Heads of Africa urged to invest in research

Fight against COVID on course – President