They had been criticised since going out of the Champions League to CFR Cluj last week, and labouring to an extra-time League Cup win over Dunfermline.

"The only complaint was we didn't get more goals," Lennon told BBC Scotland.

"It was a great performance from everyone. Two great goals, a clean sheet as well. On the back of a difficult week for the players they've come up trumps again.

"It'll suit us [AIK having to chase the game]. It's a decent lead, but we're capable of scoring over there and that's important."

Celtic go to Stockholm next week with one foot in the group stages thanks in no small part to the performance of 20-year-old attacker Mikey Johnston and £7m summer signing Christopher Jullien.

Lennon professed himself impressed with both, saying Jullien was "dominant and very cool".

"And Johnston is the sort of player who's got beautiful balance, a quick turn of pace, and the type of player we like here at Celtic and he's coming an integral part of our team." 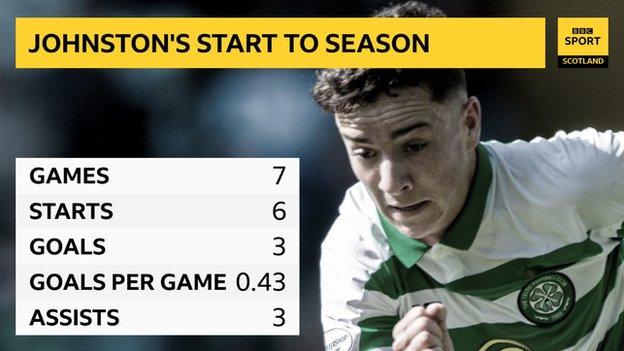 Mikey Johnston has always had the ability to get on the ball, to eliminate players, to be exciting. He's got great little body movements, there's no way of defenders knowing which way he's going. What he has done is bulked himself up. It just takes time for kids to grow, and that's why he's probably looked at Christie.

The onus was always going to be on Celtic to attack, certainly with the way AIK set up. It's alright saying go and attack and make stuff happen but there were some brilliant performances from Johnston, Christie, Odsonne Edouard when he got the ball, James Forrest. When you are playing a team like that it's so important to carry the ball and run at players or off the ball and create space for other players.

Is Aguero on the way out at Man City?

Bruce will do 'utmost' to find 'culprit'

Congo replace coach ahead of qualifiers