"I didn't want to overbuy as I didn't want to be a part of the problem. So I placed an online order on Amazon for 30 rolls for £18 - I thought that would definitely cover her for three months."

Josh, a 25-year-old carer from Nottingham, is one of the many UK shoppers who have been trying to get their hands on a highly sought-after commodity: toilet paper.

He looks after his mum, a disabled cancer patient, and has been trying to make sure that she has enough supplies to last for 12 weeks - the amount of time people most at risk of coronavirus have been told to stay at home.

But Josh's delivery never came. He says it was listed as out for delivery by Hermes on several different days, but eventually it just disappeared from the portal. Josh believes it was stolen.

He says that he was offered a full refund for the purchase, but found the whole situation frustrating: "Panic buying just instigates panic buying, and we need to make sure that there's enough to go round for people like my mum."

Hermes told the BBC that it doesn't receive any information on what is inside the parcels it delivers, and that nearly all of its deliveries are successful.

Lulu, a university graduate, lives with her mum who is a nurse. She had a similar experience with a delivery from ethical toilet roll company Who Gives A Crap.

She's had a subscription with the firm for about six months. She believes that the £36 package of 48 rolls, which was clearly labelled as toilet paper, was stolen.

The Australian firm, which uses half of its profits to help build toilets in developing countries, told the BBC: "We've seen a small increase in concerns that deliveries may have been stolen, but nothing drastic. In most cases we are finding that the delivery just hasn't been completed yet."

Avant Garde Brands, which sells household products on Ebay and Wowcher, told one UK customer that it was starting to receive reports of toilet roll deliveries going missing too. 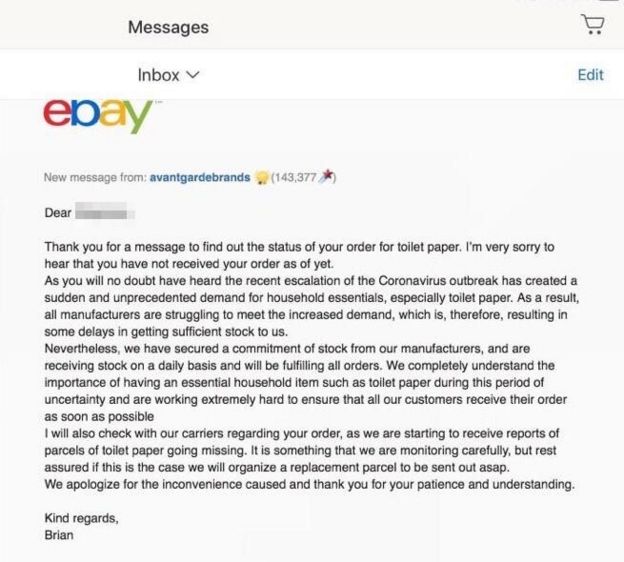 It said that the coronavirus pandemic had led to an "unprecedented" spike in demand for retailers.

Shoppers are turning to online shops and more niche toilet paper companies so that they aren't caught short.

Bumboo offers subscriptions for its toilet rolls made from bamboo. For every box purchased online, it plants a tree.

Although the firm has only been trading for seven full months, managing director Fay Pottinger said that sales had gone "crazy" since the beginning of March, when "the full impact of panic buying set in".

She told the BBC that so far this month, sales have jumped by about 325% against the last. She adds this could have been much higher, had the company not run out of stock. 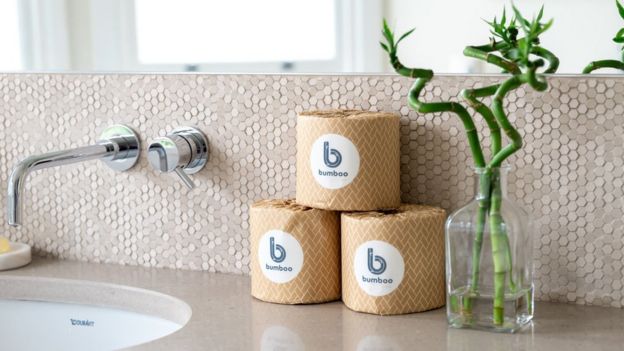 US firm No. 2, which also sells bamboo toilet paper, said that in the month-to-date, it had seen more than a 5,000% increase in its sales on Amazon's website before it sold out too.

Meanwhile, Who Gives A Crap's chief executive Simon Griffiths said that at the beginning of March, sales were up to five times higher than on an average February day.

He added that although consumers might be worried, "it's important to show compassion to each other right now, including to delivery drivers who are out there every day ensuring people can get basic necessities delivered to home".

Being stuck on the toilet with only one square left is seemingly one scenario most panic buyers are trying to avoid.

Dr Cathrine Jansson-Boyd, a consumer psychologist at Anglia Ruskin University, says when people are anxious, "they need to do something practical to make it feel like they are in control". 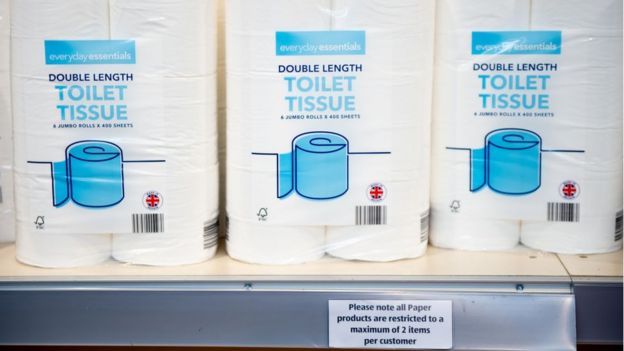 Major supermarkets have introduced limits on the number of in-demand items people can buy, such as toilet paper

The focus on toilet roll "likely started on the basis of some people trying to be practical in that they wanted to stock up on basics in case they could not go out. There's then been a snowball effect as consumers observed each other stockpiling - they also had to do it."

While stockpiling might ease some consumers' anxieties around the virus, people need to remember to stay "community-minded", said Tony Richards of Essity, one of the UK's largest toilet paper producers.

He reassured consumers: "Don't panic...we can get toilet roll on the shelves. We just need time."

Mining sector up six percent in 2019

Tourism Ministry to engage gov’t on support
Previous Item
NEXT

Why orange juice prices are soaring
Next Item