Mexicans march to vent anger at police over rape cases

Hundreds of protesters have flooded the streets of Mexico City demanding justice for two teenage girls who were allegedly raped by police officers.

Around 300 protesters, mostly female, descended on the Mexican capital's prosecutor's office on Monday.

Armed with pink glitter and spray paint, they advanced on the building, smashing its door and leaving a pig's head outside.

The protests were sparked by two recent rape cases.

On Thursday, a police officer was arrested in connection with the second case. So far, no arrests have been made in relation to the first.

Outraged by the alleged misconduct by police, the protesters chanted "justice" and "they don't protect us, they rape us" at officers. 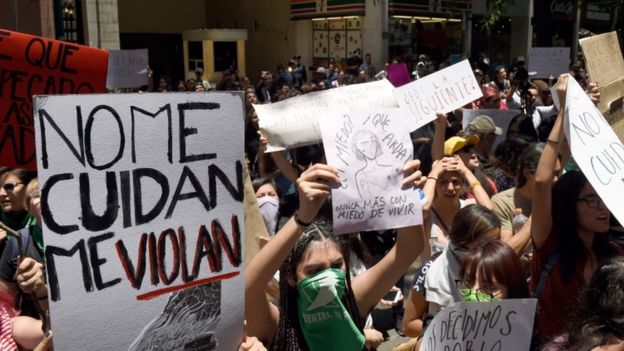 The women are enraged about two recent cases of alleged rape

During the protests, Security Minister Jesús Orta Martínez was covered in pink glitter when he attempted to assure the women both cases would be properly investigated.

"They wanted the government to respond with violence. But we're not going to do that," she told reporters.

Violence against women is prevalent in Mexico. United Nations figures show an estimated nine women are killed every day in the country.

The figures for reported rapes in Mexico are much lower than those in other countries which victims' groups say is because there is very little trust in the police.

In England and Wales, almost 60,000 cases of rape were recorded by police in 2018/2019. In Mexico, fewer than 9,000 cases have been reported so far this year, according to official figures.

However, victims' groups estimate that there are well over half a million cases of sexual abuse in Mexico per year with the vast majority of victims not reporting the crime. 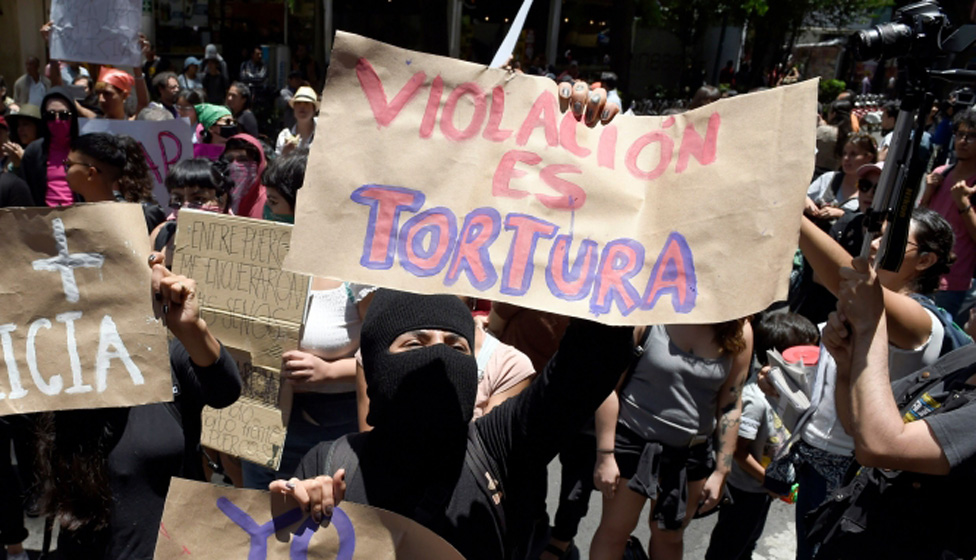 We shall peacefully snatch Asawase seat

Israeli billionaire to be tried over 'bribes'
Previous Item
NEXT