City of Bielefeld offers €1m for proof it doesn't exist

It's a German city dating back to the 9th Century, with 340,000 residents, a university, a medieval fort... but does it really exist?

Bielefeld is now offering a €1m (£914,000) prize to anyone in Germany who can prove the city's non-existence.

Back in 1994 a student light-heartedly posted the message "Bielefeld? There's no such thing" on the Usenet system.

Achim Held's message became a long-running joke in Germany, once it spread virally with the subsequent internet boom.

Usenet was a messaging system predating the internet forums which soon mushroomed and fuelled many conspiracy theories. 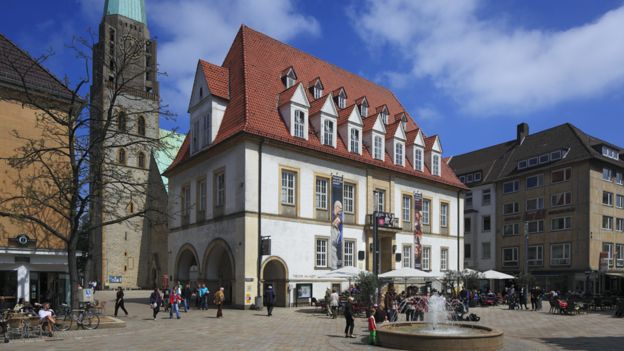 The Old Market - a picturesque square in Bielefeld

In 2012 even Chancellor Angela Merkel referenced the Bielefeld joke, when she spoke at a Berlin prize-giving and recalled having attended an event in Bielefeld, adding: "so it does exist".

The audience erupted in laughter, and Mrs Merkel went on: "I had the impression that I was there... I hope I may go there again."

What are the competition rules?

Adult Germans have until 5 September to submit their evidence that Bielefeld "doesn't exist" to Bielefeld Marketing GmbH. The competition was agreed with city officials.

The competition website (in German) says entries can come in various forms - pictures, videos or text - "but the pearls of your wisdom must be incontrovertible". "Now it's time for us to have our fun!" the organisers say.

They say they are "99.99% certain that we can refute any evidence". But taxpayers need not worry - the €1m prize money will come from Bielefeld Marketing's sponsors, in the unlikely event that a winner is found.

The organisers say they can call on experts to pick over absolutely any evidence purporting to show that Bielefeld does not exist.

Fridays for Future climate activists in Bielefeld have tweeted their own version of the competition: they are offering €1m to whoever can prove scientifically that climate change does not exist. Climate change deniers are, in their view, conspiracy theorists.

How did the Bielefeld conspiracy theory take off?

Achim Held, an IT student, was at a party in Kiel, a northern port city, when a guest turned up from Bielefeld - but Achim was quite unaware of the city's existence. Other party guests were also baffled by Bielefeld, German broadcaster ARD reports. 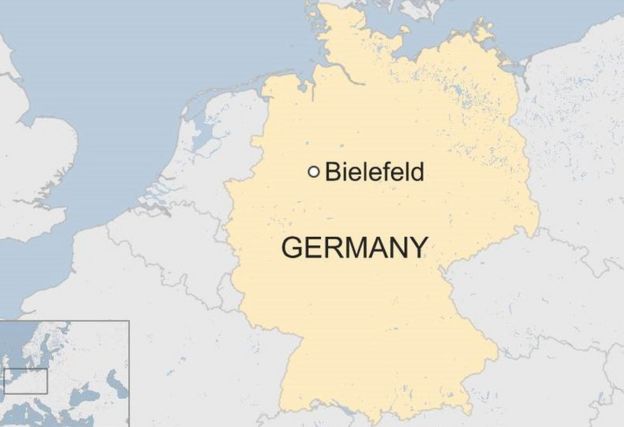 Soon after that, Achim could not resist posting the message "Bielefeld? There's no such thing" after spotting that a motorway sign for Bielefeld had been crossed out because of roadworks.

Usenet was very limited compared with the internet, which soon surpassed it, but the message reached enough users to go viral.

While Bielefeld may lack the tourist attractions of some other German cities it is hardly a nondescript place:

IS says it was behind twin blasts

We are shocked at the SC timelines