On Sunday, over 42,000 runners will stretch out their legs at the start line in Blackheath as Sir Andy Murray officially starts the 2019 London Marathon.

For many it will be the first time they take on the 26.2-mile route. For others, it's a chance to break their personal best. 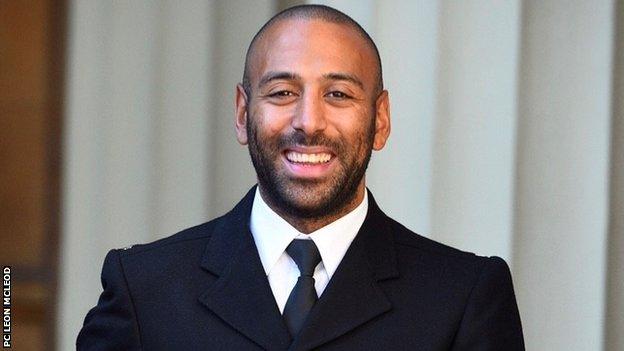 Leon was one of the first three officers on the scene at the London Bridge terror attacks on 3 June 2017. The 31-year-old from London is running for PTSD999, a charity that supports members of the emergency services who have suffered with post-traumatic stress disorder.

"Although I didn't sustain the physical injuries or worse that so many others unfortunately did, the events from that night in London have no doubt left their mark.

"I know for certain that many of my colleagues and fellow members of the blue-light family that responded to calls for assistance have been affected, but while this event was above and beyond the norm, emergency services personnel are faced with traumatic events on a daily basis all over the country. The atrocities at the Grenfell Tower fire and the terror attacks in London and Manchester in 2017 only serve to highlight this.

"It's been a seriously difficult two years since that night at London Bridge but this is my opportunity to raise money for a charity that's helped me and many others that I hold close." 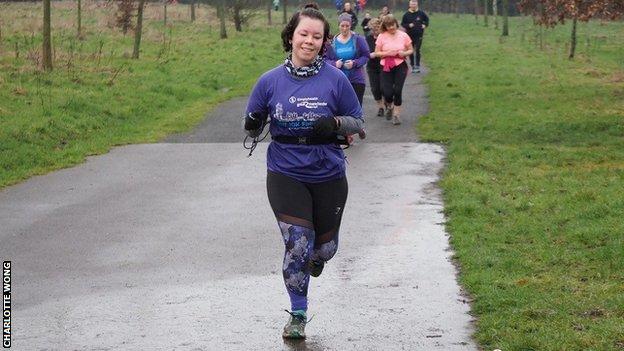 Charlotte admits she is "not a natural runner at all" - the longest distance she has ever run before has been 10k. The 27-year-old from Manchester was diagnosed with breast cancer two years ago and, after being discharged from the hospital in November 2017, she decided to enter this year's London Marathon.

"Before my diagnosis I was working hard, making my way through life as a 20-year-old woman. You then get thrown into hospital appointments, multiple procedures, surgery, chemotherapy, radiotherapy. My life changed dramatically.

"Thankfully, all my procedures worked and I started running again because I gained weight from the steroids and not doing anything for nine months. I saw my cousin had entered the London Marathon ballot and thought I would do that, thinking I'd never get in. But I got in, and she didn't.

"Training has not been easy. At the start I was struggling with the pain and having to build my strength up after my treatment. But I was determined and headstrong to do it. I've gone from being able to only run a mile to doing 20 miles a couple of weeks out from the London Marathon." 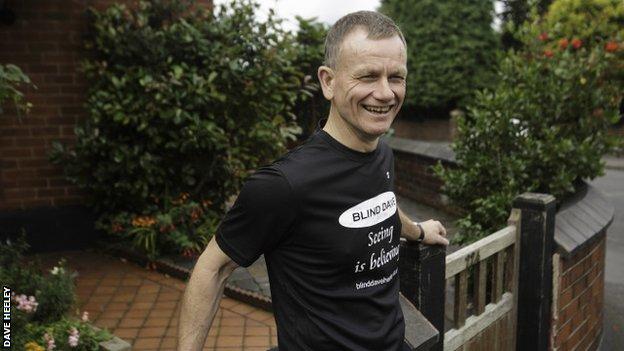 As a child, Dave was diagnosed with an eye complaint called retinitis pigmentosa. Over the years he gradually lost his sight, but that hasn't stopped the 61-year-old from West Bromwich doing what he loves - running and raising money. In 2016 he completed an astonishing seven marathons in seven days across seven continents.

"I don't care whether you're disabled or not, running is about improving your mental wellbeing and getting yourself out there. It's great for your inner self - for me, it just makes me feel so wonderful.

"Being blind, I do need a guide runner and I have a selection that I've built up over the years. My main guide runner is Tony. He's brilliant. He has a 40-minute drive each morning and knocks on my door at six o'clock for our 10-mile run, but he says if he didn't have to do that he wouldn't be out running, so we both help each other out in that respect.

"During the run, we'll always be talking, discussing the news, what we've been up to. During the marathon, I'm looking forward to us having a sing-song and Tony will keep me updated on the sights around."

The celebrity runner: Aimee Fuller (and her mum) 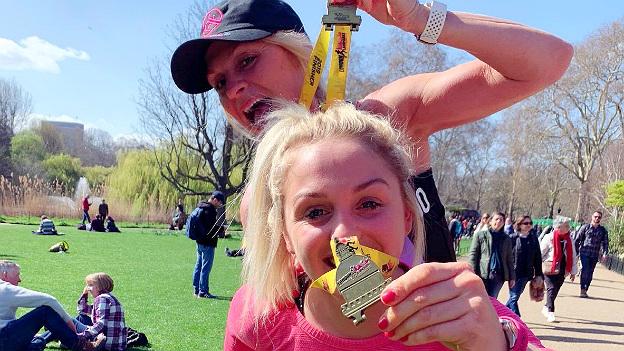 Team GB snowboarder Aimee is swapping the slopes for the streets of London. Earlier this month she completed her first ever marathon - in North Korea. This time, the 27-year-old from Hampshire is taking on the London Marathon with her mum.

"I'm so excited to be undergoing this journey with my mum. The opportunity came up off the back of the Winter Olympics and I said to her 'wouldn't it be amazing to do a marathon?' She said 'give me a couple of days to think about it' then came back and said 'if you do it, I'll do it'.

"We all know how exercise is good for mental health - my mum is the epitome of that. She got me my Polly Pocket roller blades when I was young and could always do a cartwheel in the garden. I'm inspired by how she maintains such good motivation.

"She's led on the mileage, which encouraged me to go further. We've been jostling back and forward as to who's gone further each week. It's 100% not about the time - it's about doing something together." 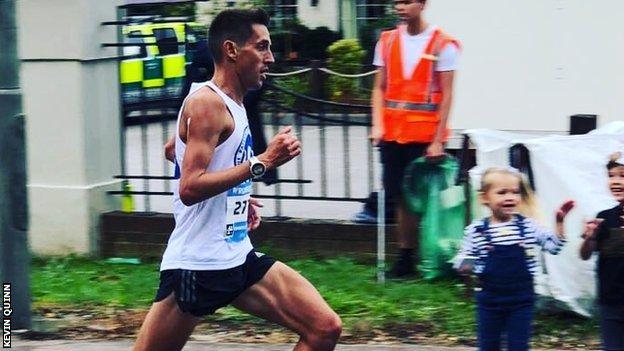 After running the 2015 London Marathon, Kevin, 39, from Carshalton in Surrey, started feeling pains in his chest. A trip to the doctor revealed he had four holes in his heart. Since having surgery, he has gone on to break his personal bests in every race from 5k up to the marathon.

"In 2015 I was disappointed with my time of two hours 25 minutes 57 seconds. But after the doctors told me about my heart defect, they couldn't believe how I achieved the time I did.

"Having it repaired felt like I'd been given a second lease of life and I want to make the most of this new opportunity and this new body.

"This will be my fifth marathon and I'm hoping to take a big chunk off my personal best, which is 2:24:11. The dream would be to crack 2:20. But regardless of what happens, this will be an emotional journey going back to the London Marathon for the first time since 2015."

ATP to decide on Gimelstob future
Next Item